How Often Should You Clean Your Gun? 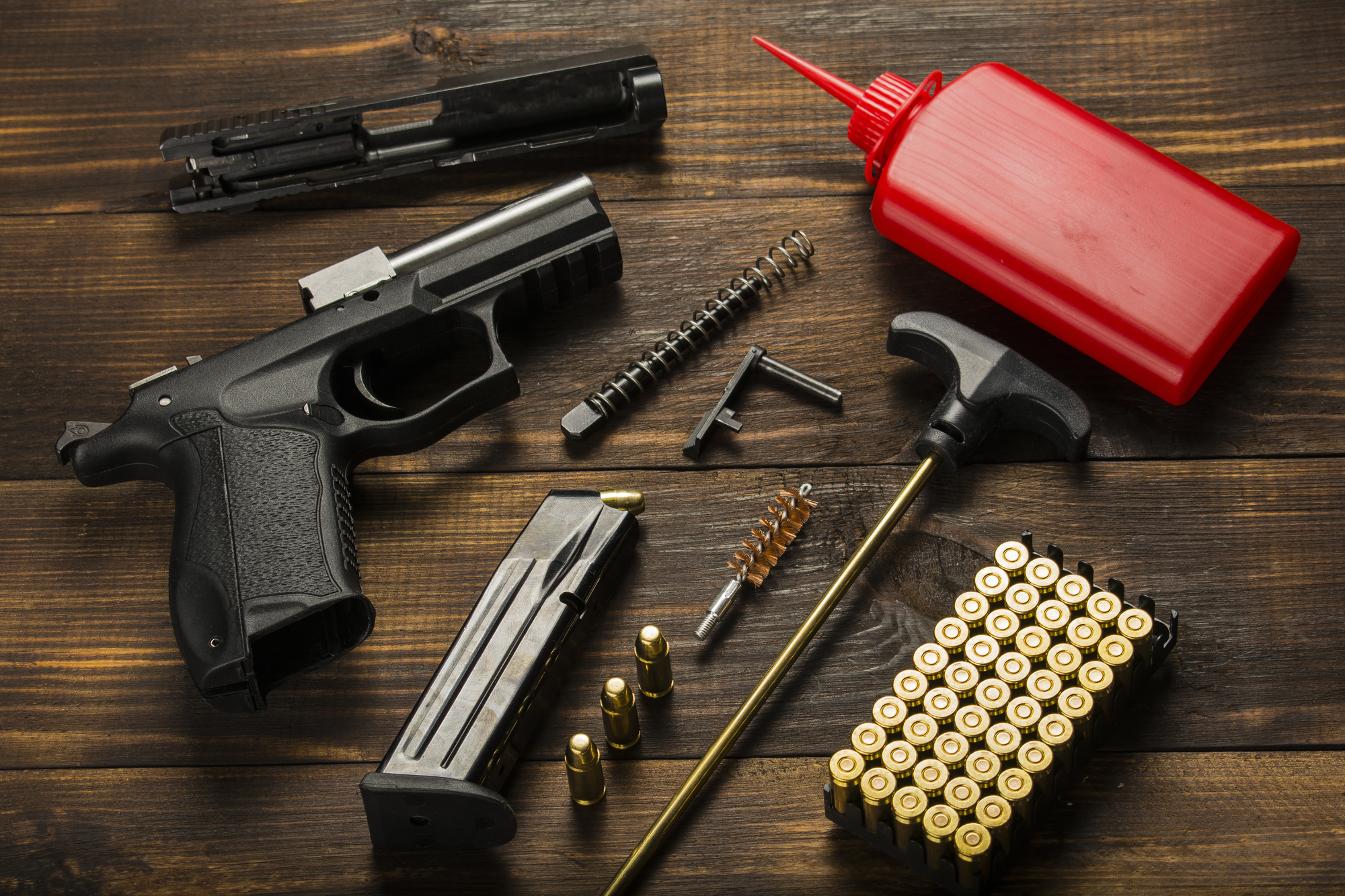 Gun ownership is a very personal experience that can vary greatly from one person to the next. One typical question gun owners often have is: how often should you clean your gun? This will depend upon your preferences, as well the type of ammunition you use, and the gun itself. Are you using it primarily for hunting? Is it a concealed-carry gun?

These are crucial distinctions. Don’t let your father-in-law guilt you into thinking it’s a crime if you don’t clean your gun after every single use. It’s possible that’s not necessary. Let’s take a look at the facts about what happens to a gun when it’s fired, and how often you need to clean it.

What Happens When You Fire a Gun

When you pull the trigger, a metal firing pin is driven into the back of the cartridge. This causes a small explosive in the primer to ignite the powder in the casing. This generates a sudden pressure, launching the bullet down the barrel, separating it from the rest of the cartridge.

Needless to say, there is a lot of heat and chemicals that are exchanged during this reaction. With some guns, you’ll be able to see debris on the barrel immediately after shooting. Also, depending on the type, there may also be debris inside the gun itself.

With others, it may be less obvious.

So How Often Should You Clean Your Gun?

The most important question you need to answer is whether your ammunition uses corrosive priming. Ammunition that’s been treated with corrosive priming leaves behind a nasty residue of corrosive salts, like potassium and sodium chloride.

One great way to save money on ammunition is to invest in a reloading press, which will allow you to assemble your ammo, instead of buying it pre-made. That way you can know for sure what types of chemicals are going into your gun.

Another reason to clean your gun after using it is if it gets at all wet. You might’ve had a sorry day of hunting, and not even fired your shotgun once. But if it rained a little while you were out there, you should clean it as soon as possible to prevent any rust from forming.

Let’s Hear From the Experts

In general, most shotgun experts and aficionados recommend cleaning your gun after every use. Tom Heapy makes a living repairing damaged and neglected shotguns, and he believes that with the proper upkeep and maintenance, you can avoid all of that damage.

His advice is to do at least a quick cleaning after every single use and to follow any recommendations outlined in your user’s manual. Each gun requires different upkeep, and it’s the company’s job to know exactly what that it.

Sheriff Jim Wilson is another advocate for regular gun cleanings, especially when it comes to concealed-carry guns. He argues that because you’re carrying these guns to protect yourself in the event of an emergency, it is essential that they be in the finest working order.

He recommends stripping, cleaning and lubricating your gun after each use, and then taking it apart entirely for a more thorough cleaning at least once a year.

“I’m still carrying and using two 1911’s that I’ve owned for more than 40 years, and they look and function like they were brand-new. Take care of your concealed-carry guns, and they will take care of you when the chips are down,” Wilson says.

So if you’re someone who has wondered how often should you clean your gun, hopefully now you have a better idea of what will work for you. Maybe you’re the type who needs to clean your gun every time you use it, or perhaps you clean it once every few weeks when that residue starts building up. Either way, just have a plan and follow through.

And when in doubt, it can’t hurt to clean it…

If you have any questions about proper gun maintenance or the possibility of investing in a reloading press, take a look at our advice section

5 Things to Consider When Buying a Gun Safe

The Top 5 Benefits of Owning a Gun