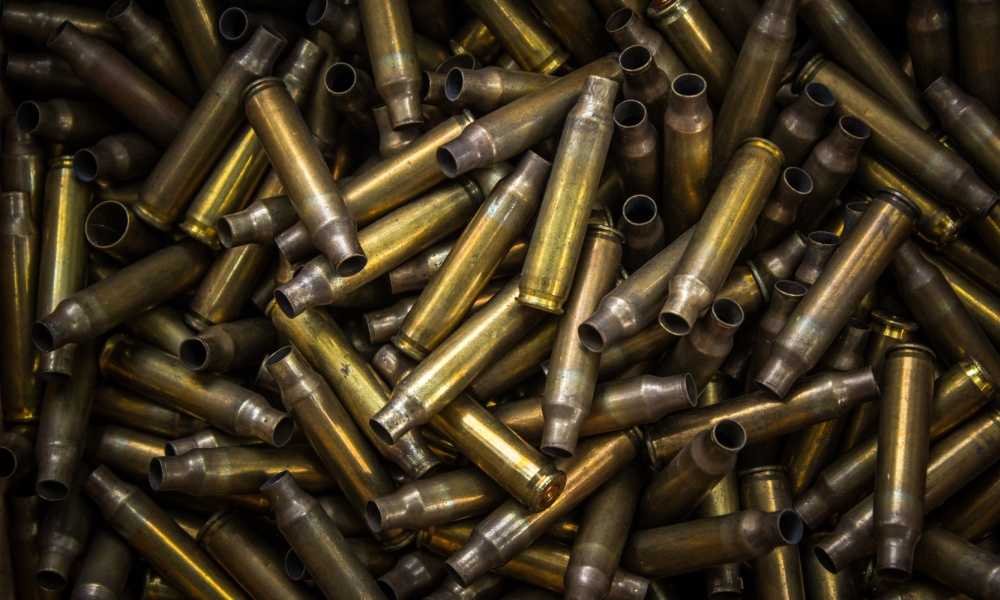 Many people are becoming more and more interested in shooting as a sport or a hobby. However, most of them are holding back because of the fact that shooting is not really the cheapest pastime. Aside from investing money in the firearm, you also have to consider the ammunition that you are going to use.

If you are planning to frequent the shooting range or go on hunting trips often, you are going to need lots of ammo. What most people don’t know is that there’s actually a way to avoid spending a lot of money on ammo. That’s what reloading presses are designed for.

Reloading your own ammo is definitely a smart decision if you are planning on going to the shooting range or hunting frequently. It has several benefits that you can take advantage of. First, you can save money by reloading your ammo instead of buying the factory-made ones which certainly don’t come cheap.

Second, you can dramatically improve your firearm’s performance by experimenting on the dimensions and the combination of gun powders, primers, and so on.

However, the catch is that it’s going to take some of your precious time to get it done, especially if you are just learning how to reload your ammo. The good thing is that there are reliable reloading press models like the [easyazon_link identifier=”B000N8LJ22″ locale=”US” tag=”keepreloaderwebsite-20″]RCBS Rock Chucker Supreme Press[/easyazon_link] that you can use to make the job easier.

RCBS’ Rock Chucker Supreme is a very popular name in the industry. In fact, it is known to be one of the best single-stage reloading presses in the market. Its manufacturer has kept on improving its design to accommodate the demands of many gun enthusiasts.

There are many reloading press products in the market but only a few are as good and reliable as the RCBS Rock Chucker Supreme Press. It is made of high-quality materials, making it another excellent Bushnell product.

One thing that’s very commendable about this Supreme press model is the fact that it is a single stage press which is designed in a way that will give you the option to upgrade it to a progressive press later on. This is why many reloading experts are recommending this product both to amateur and experienced gun enthusiasts.

It has also been modified so that it can accommodate the latest design of cartridges which appear to be longer than they used to be. The Rock Chucker Supreme Press has a very comfortable grip due to its ball-type handle design. It is so versatile it can be operated both by righties and lefties.

The Rock Chucker Supreme Press is a popular product and has received lots of positive reviews for its excellent performance. However, it also has some minor drawbacks. With this model, most people would say the primer catcher is the main flaw. Some have reported that theirs snapped after a couple of uses. 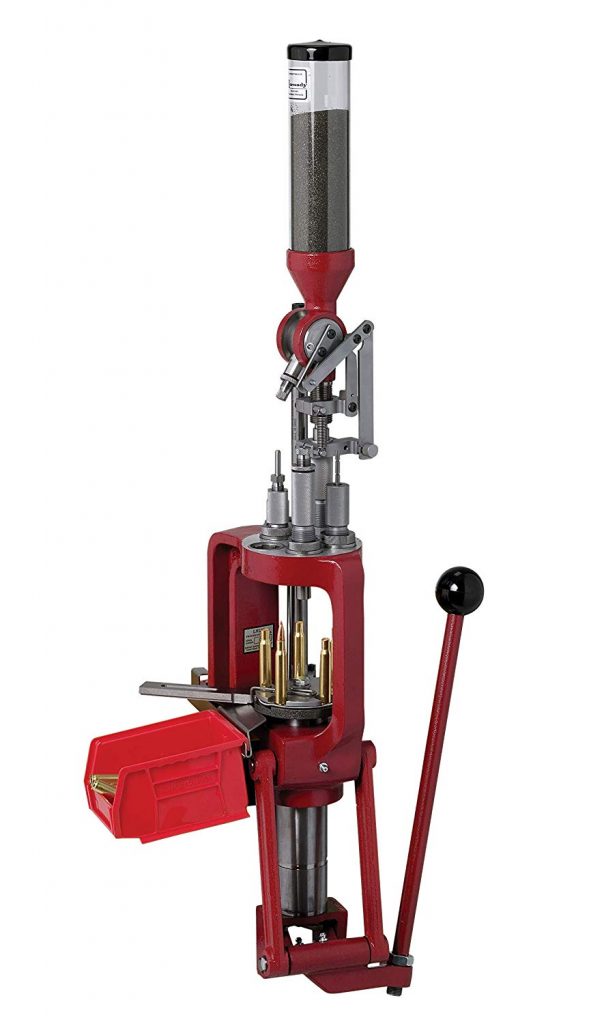 Another product that is listed right up there with the RCBS Rock Chucker Supreme Press is the Hornady Lock N Load Auto progressive reloading press.

Just like RCBS, Hornady is also a very popular name in the industry and it doesn’t disappoint when it comes to putting really good products in the market.

Both are great products but the Rock Chucker Supreme Press is more recommended for beginners who are just learning about reloading ammo.

The [easyazon_link identifier=”B000N8LJ22″ locale=”US” tag=”keepreloaderwebsite-20″]Rock Chucker Supreme Press[/easyazon_link] has earned its spot in the list of the best reloading presses because of its impeccable quality and ingenious design.

The overall construction of this reloading press is intended to ensure the consistency and quality of the ammo it reloads. This quality is attributed to its rigid and stable design. The components help make a comfortable piece of equipment to use that even lefthanders can use comfortably.

It’s most highlighted property is its setup that can be upgraded to a progressive reloading press which can be done with only a few modifications. In that sense, it can be considered as two reloading presses in one.